DZ has delayed slightly writing this post to ensure that it is no longer 24th September anywhere in the world. Because apparently the mentally challenged loons who follow Q anon are convinced that there is going to be some major world event on that date. Unfortunately they can’t seem to agree on the nature of this event, though there are a number of suggestions. These ideas all seem to arise out of a slip of the tongue on the part of some German politician, and also a scenario in series 24, episode 9 of the Simpsons. Well it's now definitely 25th September, and nothing particularly world shaking has happened. It won’t stop them making other predictions, probably centering on children being held in pizza restaurant basements being venesectioned to provide blood for the world elite reptiles to drink. Strewth!

But it wouldn’t really matter if some world shaking event had happened, because another prediction, for today, the 25th, states that today is the day for the rapture, when all the righteous will be taken up to heaven prior to the end of the world. There is a theory that the use of lead in petrol, banned in the UK in 1999, is responsible for the mental derangement of large numbers of people, giving rise to the lunacy apparent in these ideas. But this would not explain the fact that people have been predicting dates for the end of the world for centuries. Invariably without success. DZ looks upon religious belief as a form of mental illness, and is by itself adequate explanation. 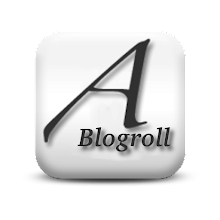